GM Is Developing a Vehicle for the Moon 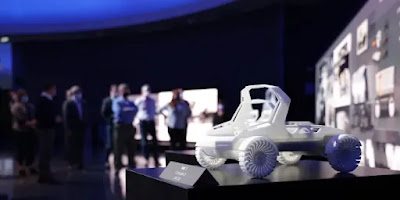 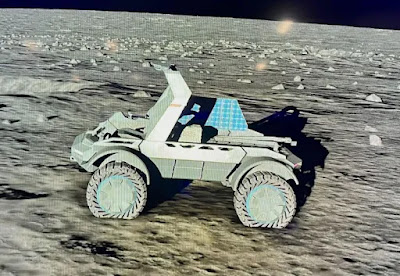 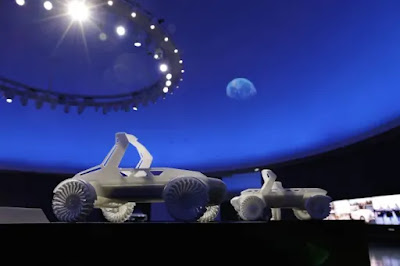 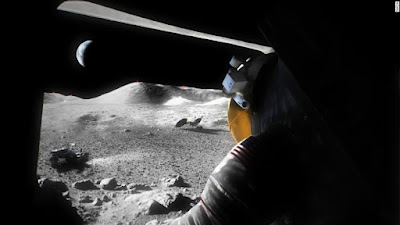 For automotive giant GM and aerospace giant Lockheed Martin, their new partnership to develop a commercial lunar rover is one big Moonshot.  Their prototype looks a bit like a toy but this is not fun and games.  They intend to deliver their Lunar Mobility Vehicles (LMV) to customers by 2025.  The electric moon vehicle could prove to be an important part of NASA's Artemis Mission that will bring astronauts back to the Moon this decade, 50 years after the Apollo mission.

A Big Commitment With or Without Government Funding

Lockheed and GM intend to build the Moon vehicles with or without government funding.  There is no guarantee that they will win the NASA bidding process and be awarded a contract for use of the vehicle during the Artemis mission, set to launch in 2025.  The companies say they are building the LMV 100% for industrial use. They anticipate accelerating demand for lunar vehicles from companies interested in exploring and mining the lunar surface for valuable minerals as opportunities develop.

To test the vehicle here on Earth, GM has built a digital lunar surface that simulates lunar conditions.  The Moon's environment is much harsher than that on Earth.  The Moon experiences huge temperature swings of 500 degrees (F), has huge craters and only 1/6th of the gravitational pull that we experience on Earth.  GM's system feeds vehicle testing into GM's Driver-in-the-Loop simulator (DIL), which enables engineers to make adjustments on a virtual vehicle to reach targeted levels of aerodynamic performance quickly.  GM is successfully using the DIL to more quickly develop new EVs for use on Earth.

The lunar vehicle has 4 electric engines, powered by a battery similar to the Ultium battery units going into the new GMC Hummer EV.  At the moment the test vehicle has a traditional steering wheel, accelerator and brakes.  But the team intends to make the vehicle fully autonomous, using self-driving technologies from the GM Cruise self-driving technology.  The vehicle will have mesh-like tires in order not to disturb the dusty lunar surface.  Top speeds will be 5 mph.  And GM and Lockheed intend to give the vehicles a long service life for work on the Moon.  This GM-Lockheed project is a fascinating look at the transference of new automotive and aerospace technologies developed for use on Earth now being given new missions on the Moon.  For more space news, go to Search For Life in Space