Your Personal eVTOL For Commuting 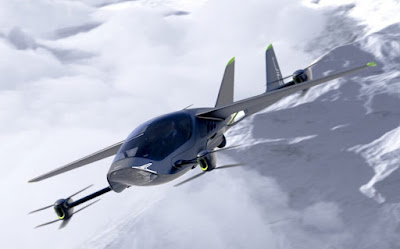 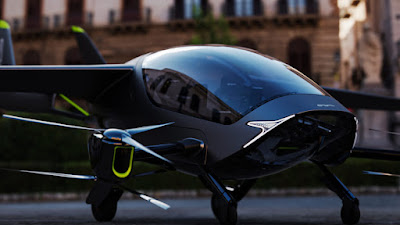 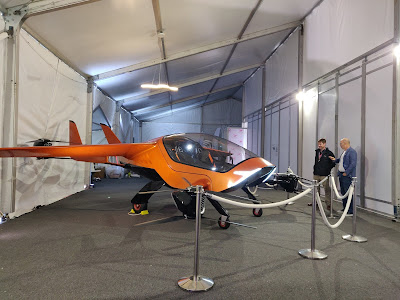 AIR To Take Their eVTOL Commercial in 2024

Israel-based startup AIR has unveiled its first eVTOL (electric vertical takeoff and landing vehicle) for the individual, consumer market.  It's called AIR ONE and is being termed "the sports car of the sky" with its sleek and ultra-modern design.  AIR is jumpstarting its presence in the urban air mobility market with a new partnership with Palm Beach County, FL-based Aeroauto, which has the world's first Aeromall in the Palm Beach area.  AIR is going to establish an eVTOL showroom and dealership there.  In Louisville, Kentucky, AIR recently displayed their full-scale prototype and provided the public with the opportunity to sit inside the aircraft and enjoy a virtual flight with an in-flight simulator.  AIR will hit the global marketplace in 2024 and the company is already taking pre-orders for it.

AIR ONE is an electric, battery powered, fixed wing eVTOL that can carry a pilot and a passenger.  It's propelled by 8 vertical lift rotors.  It charges in less than an hour and can carry a payload of 440 pounds.  The range on a charge is a solid 110 miles and it can hit speeds of 155 mph.  The eVTOL is specifically made for consumers to fly.  The wings are collapsible, and the landing gear retracts so that the aircraft can be stored in a garage.  With its vertical takeoff and landing capability, it can operate from any flat, outdoor surface, including a driveway.   The vehicle is very innovative and includes glass on the floor for the passenger to enjoy the views below.  AIR ONE is a truly transformative way to travel and enjoy the adventure.

AIR's Mission and Next Steps

The company's goal is to make AIR ONE as easy as a car to operate with a decent range on a charge and affordable pricing. There are reports that the likely price is $150,000.  AIR continues to test AIR ONE's technologies.  It is about to begin hover testing and is working with the FAA to secure certifications.  Owners will have access to both classroom and flight simulation to learn how to fly AIR ONE.  The eVTOL merges aerospace innovation with automotive innovation and was created and is being developed by a team of veterans from the aerospace and automotive industries.  AIR is one of the top, global eVTOL developers getting very close to business takeoff.  For more news like this, The Future of Flying