Buick Is Re-Inventing Itself - Wildcat

Buick's All Electric Lineup by 2030 in North America 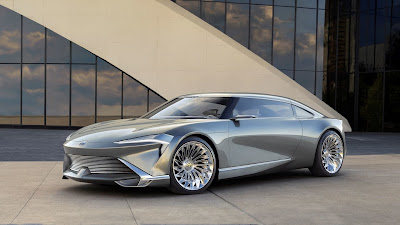 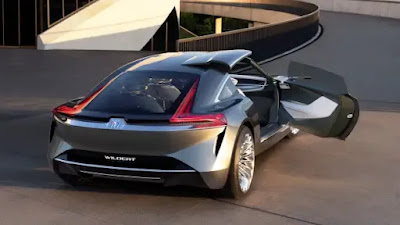 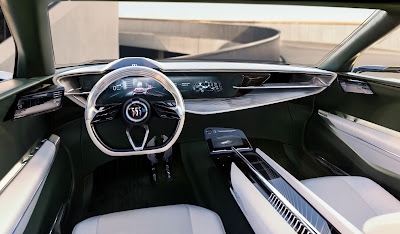 A Look at Buick's Future

GM just unveiled the Buick Wildcat concept, a revolutionary new electric vehicle that signals the reinvigoration and the electrification of the 119-year-old brand. The Wildcat represents Buick's future direction in design, looks and technology.  Buick will offer only electric vehicles in North American by 2030.  It will start rolling out EVs in the US in 2024.  The EVs will be categorized under the name Electra.  Wildcat is leading the way.

The Wildcat is sleek, aerodynamically styled, with design touches unpredictable for Buick.  It's a real beauty with tech brains.  With Wildcat, Buick is attempting to shed its stodgy image and go for a more fun, stylish, green and technologically advanced concept.  Wildcat has a new logo and the design is smaller and much sleeker than Buicks currently on the market.  The exterior is defined by elegant, horizontal lines and smooth contours, a low & large front grill and new "winged" lights in the front and back.  There's a unique touch.  The car roof angles up, above the doors, for easier entrance and exit.  This is a four-seater with a floating center console that goes from the front to the rear seats. There is a 30.4 inch display across the dashboard.  It is technology displays like that which Buick will likely feature in upcoming models.

Wildcat is simply a stunning new car concept that is the precursor to Buick EVs of the future.  Interestingly, many features contained in the Wildcat will be included in Buick EVs and traditional combustion engine vehicles starting in 2023.  Also, a new gas-powered Buick SUV with Wildcat features will be unveiled by GM and Buick this coming fall.  For more news like this, Daily Vehicle Briefing