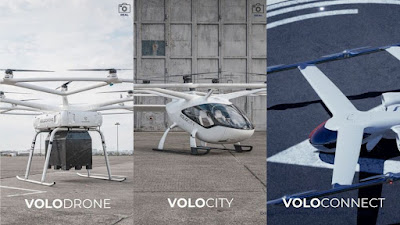 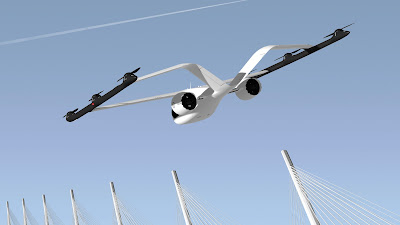 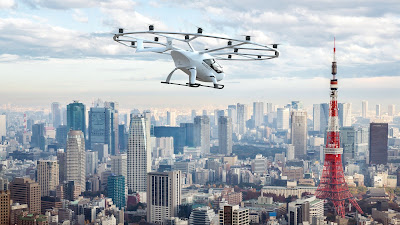 You might call it a technological trifecta.  Germany-based flying taxi startup Volocopter has developed three, distinctively different eVTOLs (electric vertical takeoff and landing vehicles) that are engaged in flight testing.  This is a unique, technological achievement in the global eVTOL market. Volocopter's latest eVTOL, the 4-passenger VoloConnect, just successfully completed its first flight.

VoloConnect is a fixed wing, electric, vertical takeoff and landing aircraft.  It is powered by two propulsion fans and 6, lift electric motors and rotors.  It can carry four passengers and a pilot.  VoloConnect is designed for speeds up to 155 mph. Its mission is to air taxi passengers between cities and suburbs. It has a range on a charge of 60 miles.

What distinguishes Volocopter is the number of airworthy eVTOLs they are testing and have in their pipeline.  They expect to put VoloCity into operation in 2024 at the Paris Olympics.  VoloConnect is scheduled for commercial operations in 2026.  Having a family of electric aircraft in the test flight phase is a huge technological accomplishment.  The designs of the 3 aircraft are highly innovative and appear destined to be deployed in cities around the world.  For more news like this, The Future of Flying