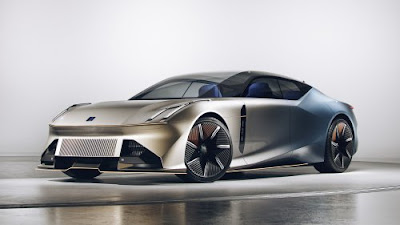 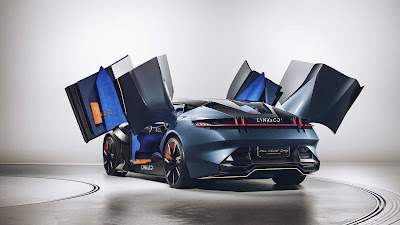 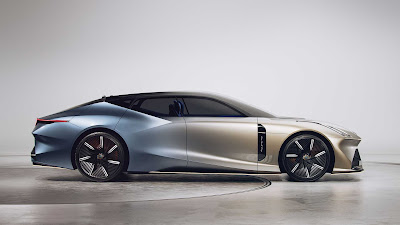 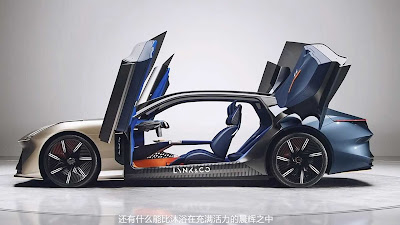 Sweden's Lynk and Co., noted for its luxurious, high technology cars, has created a spectacular looking, new electric car concept that it just unveiled in China. Called Next Day, it represents the future direction of design for Lynk which is currently selling a lineup of vehicles in Europe and Asia. Next Day has cutting edge technologies, awesome design and added touches of a supercar.  Lynk is owned by China-based Geely, which is the automotive technology powerhouse that also owns Volvo and Polestar.  The Next Day is Lynk's third concept car, after the 2016 CCC and the 2020 Zero. Lynk calls Next Day "a new energy, 4-door GT that's a large futuristic liftback".

It appears that Next Day may be offered as an all-electric and hybrid electric vehicle. With all electric architecture, Next Day is designed for a solid 400-mile range on a charge and acceleration from 0 to 60 mph in 4 seconds.  As a hybrid electric, a combustion engine would be connected to the front wheels and an electric motor would drive the rear axle.  The vehicle has a sleek, futuristic design that accommodates the driver and three passengers. Sensors are embedded under the front bumper as safety measures. There are butterfly doors for entrance and exit and a very classy, glass roof that flows from the front hood to the rear of the car. The sides of the vehicle are sporty, edgy and aerodynamically designed with big alloy wheels. The back of the vehicle has an end-to-end LED bar connecting with the taillights.  A very large display on the dashboard offers the gauge cluster and infotainment system. There's also a floating center console. It's a very classy and cutting-edge concept car that Geely could put into production as it is putting a big spotlight on the EV.  For more news like this, Daily Vehicle Briefing