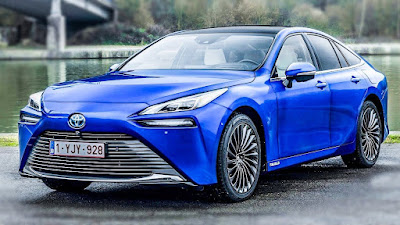 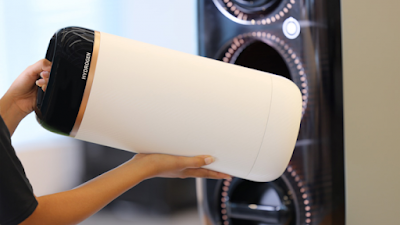 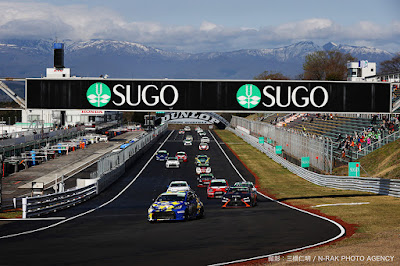 Toyota has a vision for a hydrogen future with green hydrogen powering homes, businesses, cars, trucks and more.  Hydrogen as an element is readily available, has zero emissions and has tremendous potential to be a gamechanger for a very green future. But the big impediment to widespread use of hydrogen is the lack of  infrastructure delivery systems, meaning hydrogen fill-up stations. So, Toyota is developing a lightweight cartridge that makes hydrogen portable and fueling with it easy and convenient.  The purpose is to eliminate the time and investment money needed to build infrastructure and jumpstart the convenient use of hydrogen cars by global consumers. Toyota is putting its new, easy to handle hydrogen cartridges to the test as a prototype in a new Smart city in eastern Japan.

The new hydrogen delivery system weighs 11 pounds. It's 16 inches in length, 7 inches in diameter and can be quickly swapped for a recharge.  The compelling argument for hydrogen is that 2.2 pounds of hydrogen pack as much energy as 6.2 gallons of gasoline.  And, with hydrogen there are no carbon dioxide emissions.  Hydrogen delivers almost 4-times more of the amount of energy than gasoline. The easy-to-use cartridges are aimed at overcoming the current availability problems with hydrogen. Consumers simply can't readily access hydrogen fuel.  The cartridges may be a gamechanger.

Toyota has a strong commitment to and belief in the efficacy of hydrogen. The global automaker is building a small number of hydrogen fuel-powered cars in Japan, including the Toyota Mirai. They are also developing hydrogen engine technologies through their motorsports group.  Toyota recently developed a hydrogen engine which they installed in a racing vehicle to test it in the rough and tumble environment of high-speed racing. In the global automotive world, Toyota is a leading advocate for the use of hydrogen fuel.

Next Steps for the Cartridge Technology

Toyota is working to build a supply chain for the cartridges, which will be trialed in the futuristic smart city known as Woven City.  Toyota is betting these cartridges filled with hydrogen are an easy solution for a greener world. For more news like this, Future Modes of Travel 2020's & 2030's