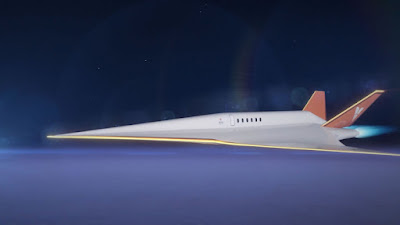 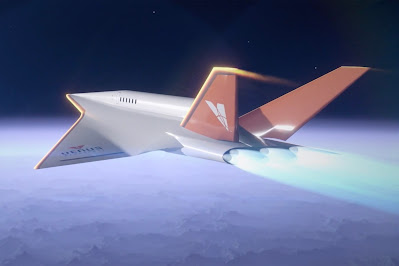 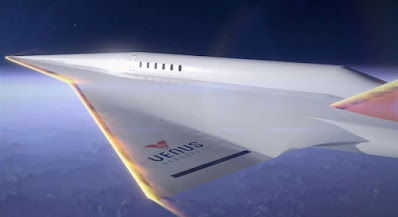 Texas-based aerospace startup Venus Aerospace has unveiled the first conceptual design of its hypersonic space plane Stargazer that is capable of Mach 9 or 6,905 mph.  The hypersonic space plane is designed to take passengers anyplace in the world in an hour or less. The vehicle will take off from and land in any conventional airport and travel to the edges of space for fast, long-distance flights. The new concept is a look at the future of warp-speed global travel for passengers by hypersonic aircraft. The company is also working on a Mach 9 hypersonic drone.

Stargazer will initially be able to carry 12 passengers.  It will take off and land sub-sonically from airport runways and then fly hypersonically when it reaches 170,000 feet.  The plane is designed to be 100 feet wide, l50 feet long and weigh 150,000 pounds for takeoff.  The company was founded by veteran aerospace executive and entrepreneur Sarah "Sassie" Duggleby, who is CEO, and former Virgin Orbit Launch Director Dr. Andrew Duggleby, who is CTO, in 2020. They've received substantial funding for their Stargazer including $33 million from venture capital investors, $1 million from the US government and the company just raised $20 million in a Series A round. They unveiled the new Stargazer concept at the high profile, invitations only UP. Summit that includes global CEOs, startup entrepreneurs and VC firm with more than $1Trillion in assets under management.

The Venus team is working on three key pieces of technology: zero emissions, next-G rocket engine; next-G cooling system to withstand the intense speeds; and a unique supersonic aircraft design.  The company has not specified what type of fuel will be used to power the space plane, but they emphasize it will be zero emissions.  Sub-sonic and supersonic test flights will begin next year.