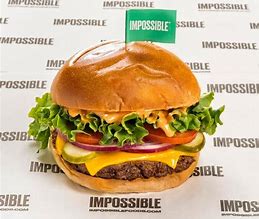 Meatless Burger Sensation
Impossible Burger was one of the big hits at the Consumer Electronics Show 2019.  In fact, the meatless, plant-based burger was a star of the show with the public and journalists.  They loved the taste.

Impossible Foods
Today, the company behind it Impossible Foods announced that it raised $300 million from investors in its latest round of funding.  That brings the grand total to $750 million, leading up to a possible initial public offering.

Stanford University Entrepreneur
The company was founded by a Stanford University Professor Emeritus of Biochemistry, Pat O'Reilly Brown.  His product at the CES 2019 received rave reviews on taste, texture and appearance.  Impossible Burger is already sold in 7,000 restaurants worldwide, including at Disney Theme Parks.  Burger King is launching the Impossible Whopper with the Impossible meatless patties in a nationwide rollout at all of its US stores this year.

$6 Billion Global Market
This is an important area of innovation and growth.  The global meat replacement market is forecast to hit $6billion by 2022.  It's very possible to make big money in this emerging industry. For a book on great innovations with big money making potential, check out this free borrow on Kindle "List of Top New Gadgets" at amazon.com/author/ekane ASIN: B07RSLHMWK
#funding #impossible burger #impossible foods #meatless burger #plant-based #potential IPO #Standford U #vegan