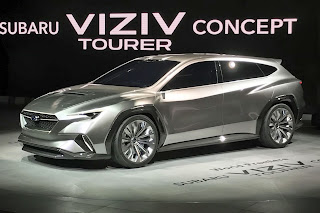 Aims for Carbon Free Society
Japan's Subaru Corp. just announced that it's targeting the first half of the 2030's to sell only electric cars worldwide.  The automaker has a long term goal of helping to foster a carbon free society.  Subaru's plan is bold and ambitious.  It comes just as Subaru announced an intensified relationship with Toyota to essentially share the costs of developing new technologies for electric and self-driving cars.

Detailed Plan
Subaru has a series of specific targets it wants to meet in order to go all-electric.  First, it will develop a "strong hybrid" that will include Toyota technologies. The "strong" hybrid is believed to be in concept stage right now. The strong hybrid will complement its current line-up of hybrids and hybrid plugins.  It's also building an all-battery vehicle with Toyota.  Both new vehicles should be available later in this decade.

2030 and Beyond
Subaru says their "strong Hybrid", along with its all-battery vehicle now being developed with Toyota and Subaru's hybrid lineup should bring them to the level of selling at least 40% electrified cars by 2030.  They expect to sell only electrified vehicles globally by 2035 as the world accelerates toward a carbon free society.