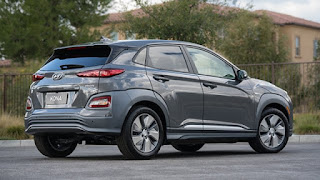 Hyundai has plans to introduce two production lines dedicated to electric vehicles.  One will go on line next year and another in 2024, according to an internal union newsletter obtained by Reuters.  Hyundai is also engaged in discussions with Samsung to secure batteries and other electronic components for the EV's.  EV car batteries are in short supply.  Samsung is a major battery supplier to Tesla and GM.