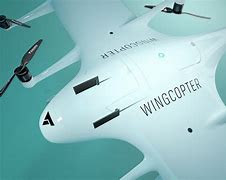 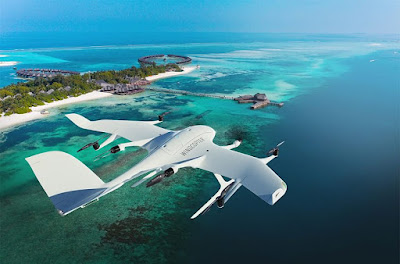 Drone Can Make 3 Deliveries to Multiple Locations on a Charge

Windcopter 198 is a world first in breakthrough drone technologies.  The all electric powered drone can make three deliveries to multiple locations on a single charge.  That has never been accomplished before, according to German aviation developer Windcopter.  The vehicle can carry 13 pounds and travel 47 miles on a charge.  The lighter the payload, the longer distance it can travel.  Windcopter is an electric vertical takeoff and landing (eVTOL), fixed wing drone.  The company says it can take off and land virtually anyplace without the need for any sort of infrastructure.  The company believes that the unmanned aerial system (UAS) is a game-changer, designed to create logistical highways in the sky.

The drone can travel up to 93 mph.  It is targeted for shorter distance deliveries in rural and hard to reach locations like islands, mountainous areas, oil platforms and ships.  The eVTOL has a triple drop mechanism for separate and precise deliveries.  It is designed to work in fleet networks of drones.  One operator is able to control a fleet of 10 drones anyplace in the world with the company's control software.  It also has advanced maintenance technology for enhanced reliability.

The technology in the new drone is very impressive.  There are 8 motors, a flight controller, airspeed sensor and a communications link to the operator that is backed up by satellite.  The software contains detect-and-avoid technology with visual artificial intelligence (AI) watching the airspace around the drone in real-time. If there is danger of a collision, it automatically triggers evasive action to avoid the object. The drones cameras use AI based optical sensing to precisely drop packages for delivery and for landing.