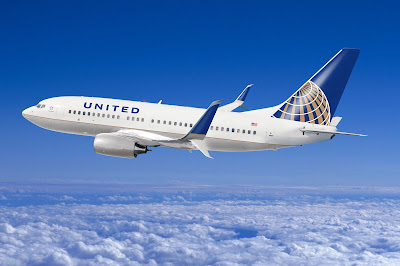 Chicago headquartered, United Airlines is partnering with Nike, Siemens, Japan's Takeda Pharmaceuticals and 12 other global companies to fund the use, this year, of 3.4 million gallons of low carbon, sustainable jet fuel.  The green fuel will be created from trash.  Sustainable jet fuel can be at least 80% lower in greenhouse gas emissions than regular jet fuel. The global partnership is aimed at starting to reduce the airline industry's carbon/greenhouse gas emissions footprint.

Tripling The Use of Sustainable Aviation Fuel

Airlines have been using sustainable fuel since 2008 to cut their greenhouse gas emissions.  But, until now, sustainable fuels represent less than 1% of the aviation fuel used worldwide.  The new partnership will triple that amount each year.  United says the initiative gives customers a way to reduce the carbon impact of flying and it should significantly boost the market for sustainable aviation fuels.

The airline industry hopes to reach a goal of cutting net emissions in half by 2050 as compared to emissions in 2005. United wants to cut net emissions by 100% by 2050.  By one account, that of the French Aerospace Association,  air travel generates 3% of global greenhouse gas emissions.  Many environmentalists say it is much higher and more significant than that.