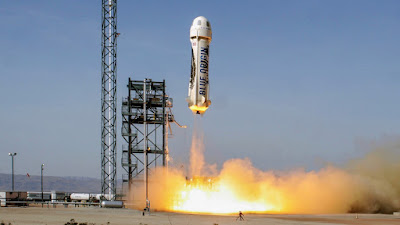 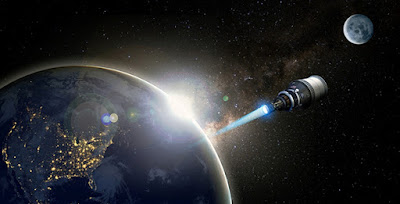 The DARPA program is focused on developing and testing nuclear thermal propulsion technology to power space travel.  The technology utilizes a small nuclear reactor inside the rocket to heat up the liquid fuel and propel the spacecraft beyond low Earth orbit into deep space.  DARPA believes that the nuclear technology could combine the benefits of currently used, powerful chemical based and highly efficient electric based propulsion systems.  The concept phase of the DRACO program will last 18 months.  DARPA wants a nuclear powered spacecraft in orbit by 2025.  Blue Origin has been awarded three NASA contracts for missions and launches since 2020.

For a comprehensive look at new modes of travel, go to https://read.amazon.com/kp/embed?asin=B08S958SBV&preview=newtab&linkCode=kpe&ref_=cm_sw_r_kb_dp_AFVETZE9VK9XWXWHWB24