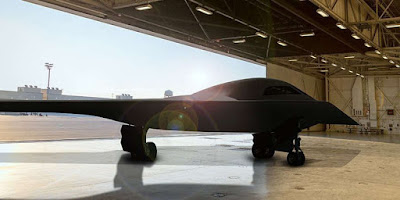 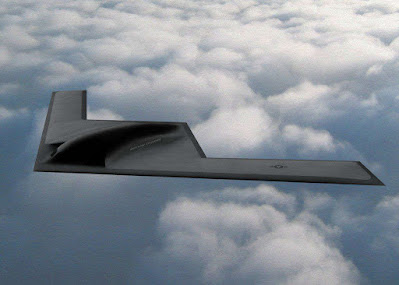 The B-21 Raider is the US Air Force's next generation, strategic bomber.  It will replace the B1 and B2 bombers.  Information on the secretive stealth bomber has been largely kept under wraps by the US Air Force and by Northrup Grumman, the US based defense contractor that is building it.  Now comes word from the Chairman of the US House Armed Services Committee, US Congressman Adam Smith (D-Washington) that the B-21 Raider "is on-time, on budget and they're making it work in intelligent ways". The vehicle is being called a modern military procurement miracle.

Congressman Smith, in a speech this week before the American Enterprise Institute, said that the Pentagon is now starting to reverse two decades of aircraft, ship and ground program delays and escalating costs with the more budget and time conscious approach on B-21 Raider.  Armed warplanes are notorious for going way over budget and missing promised delivery dates.  For example, in the 1980's & 1990's, the B-2 bomber went so far over budget, the fleet was cut from a planned 132 to just 21.

Getting Ready for Takeoff

The first B-21 Raider will take flight in 2022.  Northrup has already started building a second B-21 Raider.  It will be a dual capable bomber, meaning that it can carry both conventional and nuclear weapons.  The new aircraft will enter service by 2027.  The USAF will buy at least 100 of them, with the hope to increase that to 220, at a cost of $80 million each.

For a comprehensive look at the future of flying, including commercial aircraft, general aircraft and personal air mobility vehicles, go to https://read.amazon.com/kp/embed?asin=B093J89VF5&preview=newtab&linkCode=kpe&ref_=cm_sw_r_kb_dp_9QMJ9HSD2Y01T9ACQ9PB