One of the World's Largest Floating, Hydro-Solar Energy Systems 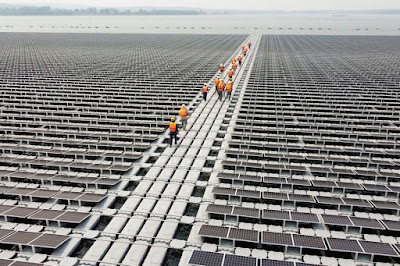 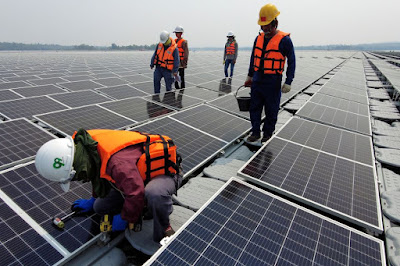 Floating Renewable Energy on a Dam

On a reservoir in northeast Thailand, nearly 145,000 solar panels are being installed to complete one of the world's largest floating hydro-solar hybrid energy systems on a reservoir/dam.  Backing it up are seven solar farms covering 300 acres of water.  Thailand has been criticized for its reliance on fossil fuels.  The government of Thailand is now changing the nation's energy mix.  The Thai government and the state run Electric Generation Authority are promising 8 more renewable energy dam projects over the next 16 years.  They will generate 2,725 megawatts of energy.

Thailand has long relied on coal for its energy.  By 2037, it is targeting 35% of its energy coming from renewables. Thailand is developing a hybrid system of continuous power generation between solar and hydropower, depending on what can generate more electricity at a particular time. It's an important step by Thailand in the war against Climate Change and global warming from fossil fuel, greenhouse gas emissions.