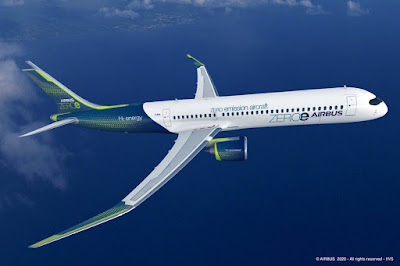 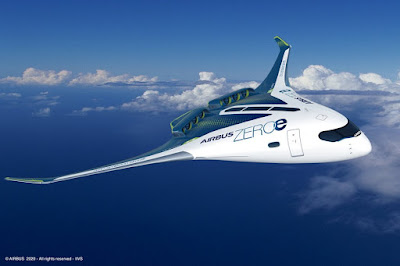 France-based Airbus is a firm believer that the future of flying is zero emission aircraft, powered by hydrogen.  The global aviation and aerospace company is working on three concepts for the world's first zero emissions commercial aircraft that Airbus wants to put service by 2035.  The concepts represent different technological and aerodynamic design approaches to zero emissions flight.  Each concept relies upon hydrogen as the primary power source.  The three concepts are codenamed ZEROe.

Airbus says that it is committed to a future of zero emissions flights through the use of hydrogen as the power source. The three ZEROe concepts are designed to be the world's first climate neutral, zero emissions commercial aircraft for long distance and short haul transportation.  The major goal is to end the commercial aviation industry's huge emissions impact on Climate Change by decarbonizing its global footprint. 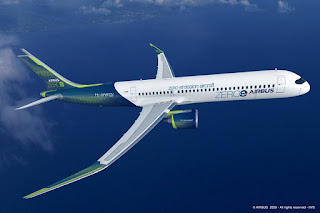 Airbus has developed a turbofan design concept that is capable of a range of 2,000 nautical miles and of carrying up to 200 passengers on intercontinental journeys.   It is powered by a modified gas turbine engine running on hydrogen rather than jet fuel through combustion.  The hydrogen is stored in tanks behind the rear pressure bulkhead of the plane. 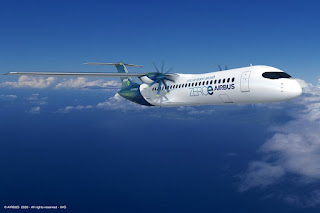 Airbus is also working on a smaller turboprop design that is capable of carrying 100 passengers and is powered by hydrogen with the same engine configuration as that of the turbofan.  It's for short haul trips and has a range of 1,000 nautical miles. 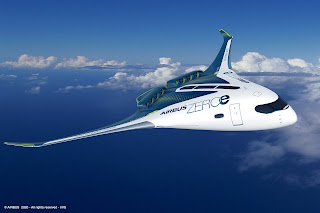 Airbus is also developing a hydrogen powered blended wing design in which the wings blend into the body of the aircraft, making the fuselage very wide.  The company says the width of the aircraft opens up many options for seating arrangements for passengers and also for the storage of hydrogen.  The aircraft will be capable of carrying 200 passengers and have a range of 2,000 nautical miles.