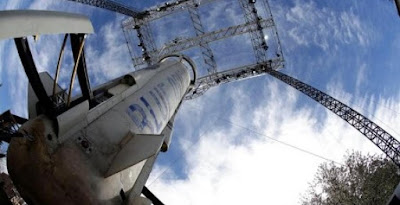 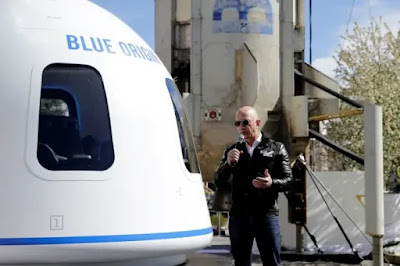 Whole New World of Adventure in Space for Private Citizens

Jeff Bezos, the founder of Amazon and of the space company Blue Origin, is targeting July 20,2021 for the world's first suborbital space sightseeing trip in Blue Origin's mission experienced New Shepherd combo rocket and space capsule.  Blue Origin is putting one passenger seat, on this first flight, up for auction for the next five weeks.  The proceeds will go to the space firm's charity foundation for distribution.  The July 20th event will be a landmark moment for private citizens' adventures in space travel.  The flight is expected to be crewed by astronauts and qualified aerospace experts.

Space tourism is a multi-billion component of the global commercialization of space.  Billionaires like Jeff Bezos, Elon Musk of Tesla and Space X and Sir Richard Branson of Virgin/Virgin Galactic are looking to capitalize on it.  Musk expects to launch space tourists by late 2021.  Branson hopes to take tourists to the outer reaches of space in early 2022.

The New Shepherd rocket and capsule combo can autonomously carry six passengers up to 62 miles above the Earth into a suborbital zone.  They will experience 10 minutes of weightlessness and return to Earth after that with a set of parachutes easing the landing.  Blue Origin's New Shepherd capsule has six viewing windows that are three times the height of a window in a 747 plane.  The company says they will provide space riders a view that will forever change their view of Earth.  The July flight will be crewed and several more crewed flights will happen in 2021.  There is still no announcement from Blue Origin on ticket prices.