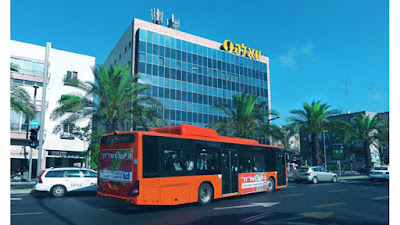 US Looks to Invest Billions in Electric School Buses

Israel is making a hard push for the use of electric vehicles as part of its fight against climate change.  The number of electric cars rose by 132% in 2020 in Israel.  Hybrid vehicles are at 223,600, which is 6% of all motor vehicles.  Now the government of Israel is tripling the number of electric buses for zero emissions public transportation. It just allocated more than $18 million for the purchase of 220 electric transit buses.  The new buses will be in service in nine cities, including Israel's big cities like Tel Aviv.  Meanwhile in the US, the Biden Administration has filed legislation for $25 billion to make America's fleet of school buses fully electric.  It's part of President Biden's $2.3 trillion infrastructure plan.  Clearly, buses are now being targeted for causing big pollution problems.

All Electric New Transit Buses by 2025

Israel is taking a strong stand in the fight against climate change.  Every new city bus will be electric by 2025 as part of the government's effort to reduce air pollution and deal with climate change.  Today in Israel, diesel powered buses account for 16% of the nitrogen oxide in the air even though they represent less than 1% of the total vehicles on the road.  The Israeli government believes there will be many benefits from the fleets of e-buses including improving the quality of life, reducing noise pollution and less dependency on foreign oil.

For a comprehensive look at electric vehicles go to https://read.amazon.com/kp/embed?asin=B082GKV1ZY&preview=newtab&linkCode=kpe&ref_=cm_sw_r_kb_dp_5R2Z2VM8H867W0F6T1G7