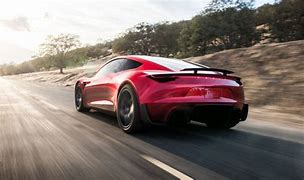 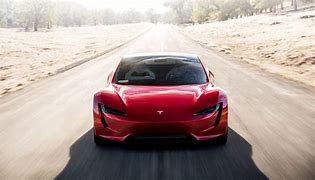 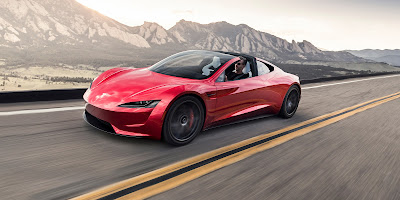 Tesla CEO Elon Musk says his Tesla Roadster, to be released in 2022, is a flying car when coupled with his SpaceX Rocket Thruster package option.  However, it flies for just a few seconds.  The SpaceX rocket thruster option package equips the electric sports car with ten, cold air, rocket thrusters strategically positioned around the vehicle.  The configuration enables the vehicle to accelerate from 0 to 60 mph in 1.1 seconds.  That level of acceleration is historic and a record breaker.  Musk says the speed sensation is similar to that of a hardcore roller coaster.  He says "it's safe but very intense and not wise for those with a medical condition."

A Flying Tesla that's No Joke

The fact that Musk has created a car that can briefly fly is ironic because he has traditionally joked about flying cars.  As he put it on Twitter: "I always laughed at flying cars and now I'm making one." While the Roadster is not a full fledged flying car, it is very close to one.  The massive speed at takeoff gives the lightweight vehicle the velocity and momentum to achieve flight for a few seconds.  It currently is not equipped with wings or propellers to sustain flying capability.  But don't count that out in the future as Musk says he is making a flying car.

Beta Version of Roadster in Summer 2021

Musk says he expects to release a Beta version of the new Roadster this summer.  In the meantime, last minute tweaks are being done to the EV.  Tesla is adding extra value to the new EV as its gets ready to put the EV into production in 2022.  In a tweet, CEO Elon Musk said he is adding extra distinction to the car's already high performance.

The EV will feature Tesla's Plaid 3 electric motor powertrain design.  It has a 200 kWh battery pack that enables a range of at least 620 miles and speeds up to 250 mph.  Tesla plans to finalize the engineering on the car in 2021 and enter into production in 2022.  Tesla is also tweaking the car's design.  Musk promises that the 2022 Roadster will demonstrate the versatility and power of electric driving.  The base price of the vehicle is $200,000.