Future of Flying: Planes Without Pilots 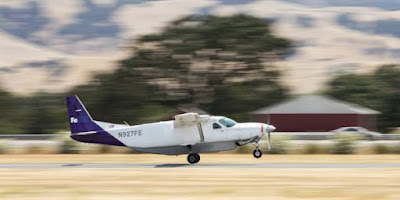 Bay Area startup Reliable Robotics is developing and flying in remote California autonomous planes.  The planes fly autonomously but are backed up and monitored by an onboard pilot who can take over in the event of an emergency and by remote operator who also can take over piloting the plane if need be.  Reliable Robotics isn't building new planes.  They're retrofitting Cessna's to operate and fly autonomously.  And while these planes continue to be upgraded and are under development, they are successfully test flying and not just on a drawing board.

Reliable Robotics was founded by Robert Rose, an autonomous technology expert, who for years developed autonomous cars for Tesla and autonomous spacecraft for SpaceX.  He found out that to make the planes autonomous, he had to reinvent the systems and technology from the ground up.  The retrofitted Cessna aircraft, owned by FedEx which is a believer, are filled with computers and high performance GPS.  They communicate with customized mechanical devices that control the aircraft including the rudders, flaps, throttle, and elevators, which are the flight control surfaces of the plane.  There are backup duplicates of all vital parts.

In the Air For Cargo Deliveries

Reliable Robotics is working with FedEx and is currently flying two autonomous planes that are monitored and backed-up by an onboard and a remote pilot.  The company is taking autopilot systems to the next-G level with future capabilities to communicate with control towers, other pilots and effectively respond to any sudden emergency situations.  The vision is to start using the self-flying planes for widespread cargo deliveries and then roll them out for passenger service.  Self-flying planes are one of the big, emerging trends in aviation and travel.