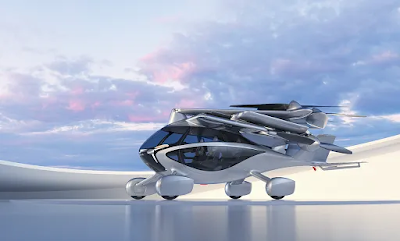 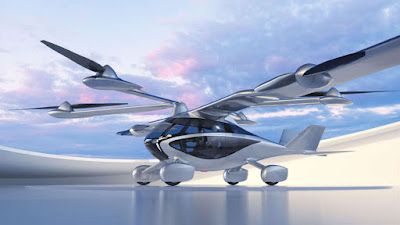 There is a new, notable flying car on the horizon.  It's called Aska, which in Japanese means flying bird.  The developer, Silicon Valley, CA based NFT has the vehicle on display in a showroom in Los Altos, CA and is accepting refundable $5,000 deposits to pre-order the flying-driving vehicle for delivery in 2026.  This flying car is the size of a large SUV and is good for a family of four.

The Aska flies on six propellers, powered by six batteries and two gas motors to maintain the charge on the batteries.  It's a large vehicle that can carry four passengers and has a wingspan of 50 feet.  Top speeds are 150 mph with a 250 mile range.  It has retractable wings and can be driven on conventional roads.  It needs to take off and land at an airport.

Pricey Travel As It Enters the Market

The $5,000 deposit gets you a top spot in the lineup of 1500 limited edition Aska's for delivery in 2026, one share of the company's stock and the opportunity to pay $789,000 to own what appears to be one of the most promising new pieces of the future of flying.  NFT believes it will be able to mass produce models at $359,000 at the  start of the process of making them more affordable.  They also expect to have an autonomous eVTOL version of Aska by 2030.