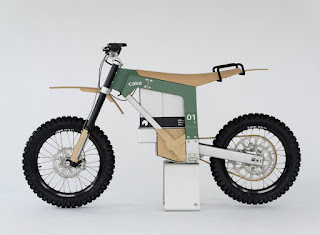 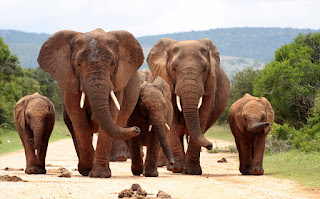 Solar powered motorbikes from Sweden are about to be deployed by anti-poaching rangers in Africa to stop poachers from killing wildlife and endangered species.  The solar powered, electric bike is called the Kalk AP and it is designed to overcome the problems African rangers face in protecting endangered species in conservation areas.  The program and the Kalk AP have been developed by a partnership that includes the Southern Africa Wildlife College, CAKE electric motorbikes of Sweden and Goal Zero, a portable solar panel company headquartered in Utah.

Across Africa, rangers are using motorbikes to patrol protected areas.  But the bikes run on expensive and many times inaccessible gasoline.  They are also very noisy, sounding an alarm to poachers that rangers are on their way.  The new Kalk AP is quiet, energy efficient and sustainable.  Weighing only 176 pounds, it provides 3 hours of ride time and can hit speeds of 56 mph.

Buy One - Give One

To fund the program, CAKE is initiating a Buy One-Give One charity campaign. CAKE and Goal Zero are donating profits from the bike sales to the Southern African Wildlife College.  And, for each bike sold, CAKE will donate a bike to conservation areas throughout Africa.  The charity will also bankroll solar panels and power station kits to enable the rangers using the Kalk AP to recharge by connecting the bikes to community power grids.  Testing of the e-bikes and the Goal Zero solar kits start later in 2021.  The bikes and solar kits are priced starting at $25,000 with deliveries beginning in September.  For a comprehensive look at the future of travel, go to https://read.amazon.com/kp/embed?asin=B08S958SBV&preview=newtab&linkCode=kpe&ref_=cm_sw_r_kb_dp_R1GFVQSX9Z2VW2GNTRBX