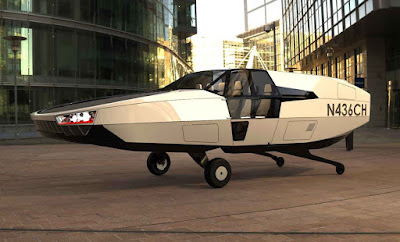 Israel and the US Air Force are separately developing flying cars to save lives.  Israel claims to have the first ever flying car ambulances in development.  Urban Aeronautics of Israel and Hatzolah Air of Queens, New York are partnering to develop a flying EMS ambulance vehicle.  It's called CityHawk and they expect to have it in operation within five years.  One of the most strategic applications for flying cars is to deploy first responders to accident scenes by flying them over traffic, gain access to difficult locations and get to the location more quickly to save lives.

CityHawk relies on hybrid propulsion and is designed for medical rescues particularly in urban areas.  It will be suited with a complete package of life support equipment.  It can support at least five people, including the pilot, two medical technicians, the patient and a companion.  It's a VTOL, capable of vertical takeoffs and landings. The company intends to switch it to a hydrogen powered version in the future. 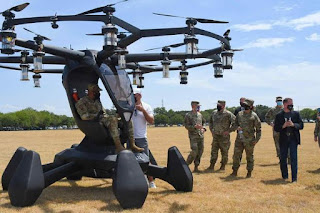 Meanwhile, the USAF has started work on a high speed, electric flying car ambulance.  The concept vehicle is an eVTOL with vertical takeoff and landing capabilities.  The vehicle could be piloted or flown autonomously.  Once onboard, the wounded service member would be strapped into wearable technologies that monitor his or her condition during the trip to a site for  treatment.  The USAF is working with several flying car companies, including Joby Aviation and ALIA Aircraft to develop flying cars for a range of missions. For a comprehensive look at the best, futuristic travel vehicles, go to https://read.amazon.com/kp/embed?asin=B095XDNZVD&preview=newtab&linkCode=kpe&ref_=cm_sw_r_kb_dp_YWVTK83382AVPXG1N4BV