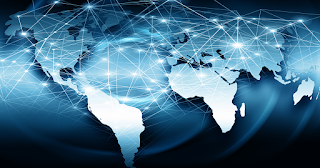 Goal:  Take Them Out Before They Take Out Your Website
DARPA, the US Defense Department's Advanced Research Projects Agency, has just launched a program that targets botnet hacking.  The goal is to develop tools to dismantle botnets before they destroy websites, companies and even nations.

Contract Awarded
DARPA just awarded a $1.2 million contract to the cybersecurity frim Packet Forensics.  Their mission is to identify and locate hidden online armies.  DARPA wants an arsenal of tools that troll the internet, identify and counter cyber adversary system programs before they attack.

System Automatic & Undetectable
The system DARPA wants to deploy would be automatic.  It would automatically spot botnet-infected systems and disable the malware without their knowing. To build botnets, hackers infect devices connected to the internet with malware that lets them do harm from a remote server.  The virus is dormant most of the time so you don't know your device is infected.

Botnets Beware
DARPA's tech targets only botnet malware.  It won't harm the devices of victims.  This is a 4 year cybersecurity program.  By the end, DARPA will have analyzed 80% of the global internet and have spotted botnets with 95% accuracy, according to DARPA.
#botnets #cybercrime #DARPA #malware #web