- September 13, 2018
New Research: Not Everyone Benefits from Probiotics 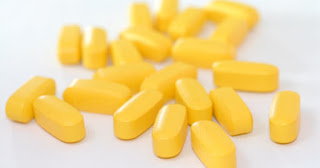 Israeli Study Finds Unequal  Benefits
Many people take probiotics through food and supplements to boost their digestive health.  Israeli scientists at the Weizmann Institute of Science have released a study that shows the so-called good bacteria benefits some people more than others. And in fact it sometimes can do more harm than good.

Customized Probiotics
The scientists suggest a new approach to the use of probiotics.  Their conclusion is that probiotics shouldn't be given out as a "1 size fits all supplement".  Instead they should be individualized based on the microbes present in the person's stomach to maximize beneficial results.  They also discovered that probiotics can have a potentially harmful effect if given after antibiotics. Their study was  published in the journal Cell.