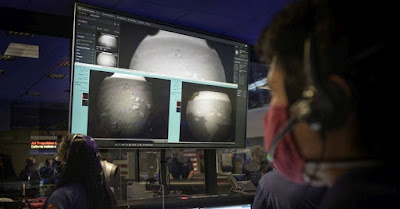 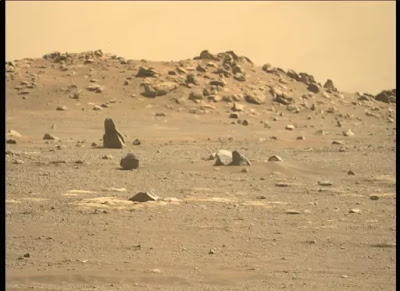 NASA's Perseverance Mars rover is sending back first-of-a-kind, detailed pictures of Mars.  The images are coming from Perseverance's Mastcam-Z camera system.  It's part of the highly advanced technologies which NASA has built into the Perseverance rover Mars mission, which are creating a series of historic space firsts.

Search For Ancient Life on Mars

The pictures beaming back from Mars are being taken within the 28 mile wide Jezero Crater, where researchers say a river delta existed billions of years ago.  It is a very promising location to search for ancient microbial life on Mars.  Searching for ancient Martian life is a primary mission for Perseverance and the Mastcam-Z system serves as the technological eyes of the search.

Mastcam-Z is a two camera system that can zoom in, focus, take 3D images and video at high speed.  The system provides NASA scientists with detailed images of an object as small as a fly at a distance the length of a soccer field.  The cameras sit atop the mast of the rover.  They can take panoramic views of Mars and are providing NASA scientists with the means to explore and understand the Martian terrain. The cameras zoom in on rocks and soil and enable NASA scientists to determine which are most likely to contain ancient life.  The rover then collects the rocks and soil and puts them in special tubes that will be retrieved by future Mars missions. The Perseverance mission is a series of firsts in space enabled by first-in-class technologies developed by NASA.