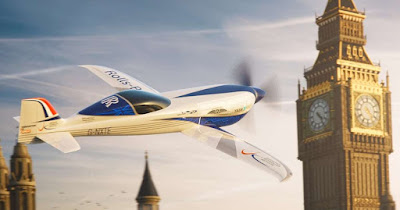 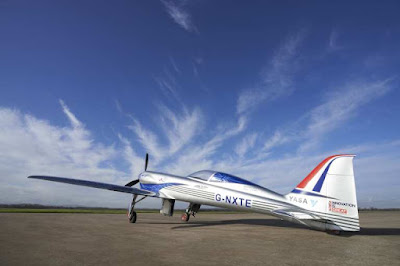 UK based Rolls-Royce is determined to manufacture and fly the world's fastest electric plane.  It plans to test fly its prototype "Spirit of Innovation" in the spring of 2021. The electric plane is a small, propeller test aircraft powered by a powerful battery pack.  Spirit of Innovation has recently been tested for taxi-ing and accelerating on a runway at a test site in the UK.  The plane propelled itself forward with power from its highly advanced battery and propulsion system that is said to be groundbreaking electrical technology. The battery pack consists of 6,000 cells.  Rolls-Royce says that is the most energy dense battery pack ever integrated into an aircraft.

The e-plane has a 400 kW electric powertrain.  When combined with the battery system, it can hit speeds of 300 mph.  The current electric plane speed record was set in 2017 by Siemens at 210 mph.

Rolls-Royce is the world's second largest aircraft engine manufacturer.  The company considers the Spirit of Innovation as a technological blueprint for other future modes of mobility including air taxis.  Rolls-Royce is now preparing for the first flight and a world record attempt later this year.