US President Joe Biden To Open Up Offshore Wind Development 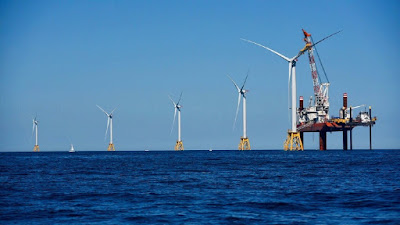 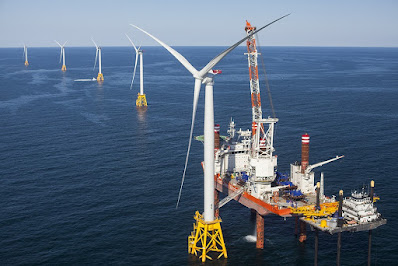 Much Greener US Power Mix

US President Joe Biden announced today that he is greatly expanding the nation's offshore wind capacity to combat climate change.  Offshore wind power is a critical component of  Biden's goal of eventually reaching net zero greenhouse gas emissions and providing 100% clean electricity by 2035.  He plans to generate 30 gigawatts (GW) of offshore wind power by 2030.  That would provide enough energy to power 10 million homes and eliminate 78 metric tons of carbon dioxide from the atmosphere every year.

President Biden intends to open new stretches of ocean areas to wind farm development, starting with the New York Bight in the waters off Long Island, New York.  He also intends to streamline the permitting process and provide billions of dollars in public financing for the projects.  The President believes that offshore wind power offers an enormous opportunity to fight climate change while creating millions of good paying new jobs.

The US is far behind Europe in offshore wind power capacity.  Europe has 20 GW of capacity and intends to increase that by tenfold by 2050.  In contrast, the US has only two small wind farms:  the 30 megawatt Block Island Wind Farm off Rhode Island and a 2 turbine pilot project off Virginia.