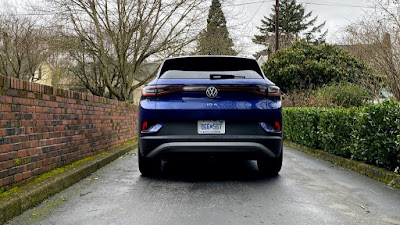 Volkswagen leadership has a grand plan to be the #1 leader in the global electric vehicle market by 2025.  To achieve that goal and displace Tesla, VW says it must more than double its EV sales this year.  It also needs to employ 10,000 software developers which would make VW the second largest European software company behind SAP.  And, the company says it will build six new battery factories in Europe.

VW intends to roll out 70 new EV models this decade.  UBS forecasts  that VW could equal Tesla in sales by 2022 and surpass them by 300,000 vehicles by 2025.  Next generation batteries could prove to be the gamechanger for VW.  Batteries account for 30% of the cost of an EV.  VW believes it can cut the cost in half with the development of next generation solid state batteries starting in 2025.

Displacing Tesla as the global automotive sales leader will not be easy.  Today, most of VW's revenues come from gas and diesel vehicles.  But VW has a solid plan and Wall Street is applauding it.  After the announcement of the masterplan, VW shares lifted 10%.