Aerion of Florida's Pipeline of SSTs 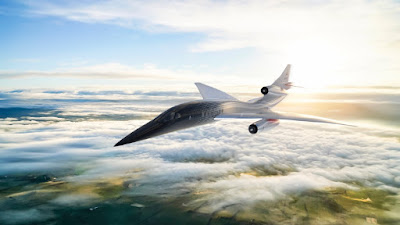 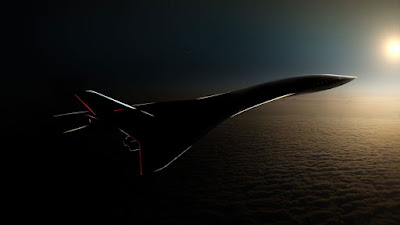 LA TO Tokyo in Less Than 3 Hours

A new supersonic passenger jet is under development at Aerion aviation in Orlando, Florida.  The Aerion AS3 is a Mach 4 + commercial jet.  The company says it can fly from LA to Tokyo in less than 3 hours and from New York to London in less than an hour.  The SST can carry 50 passengers and has a range of 7,000 nautical miles.  And it will be operational by the end of this decade.

Aerion is working with NASA's Langley Research Center on the AS3. Concept and design work are currently underway. The company unveiled a rendering of the concept yesterday.  The SST will travel at an estimated speed of 4,000 mph.  More details are expected later in 2021.

More SSTs in the R&D Pipeline

Aerion plans on developing a hybrid-electric supersonic aircraft.  It has another SST, the AS2, under development.  It's a business jet that seats 8 to 12 passengers and flies at Mach 1.4 or 1,000 mph.  The AS2 will go into production in 2023, will take its first flight in 2024 an will go to market in 2026.  Aerion says the AS2 will be able to fly from New York to London in 4.5 hours.  The company expects it to be the first supersonic passenger jet to enter commercial service since the Concorde was taken out of service in 2003.

Aerion says the AS2 is low noise and operates on the lowest fuel burn that is possible.  GE is making the Affinity Supersonic engines for the aircraft.  The engines are said to be very fuel efficient with very low burn.  The plane does not operate on fossil fuels but on 100% synthetic fuels.  And, it has the very innovative feature of "boomless cruise".  This is new technology that allows the plane to fly at supersonic speeds over land without any sonic booms being heard on the ground.  The AS2 and AS3 are the very near future of supersonic flying.