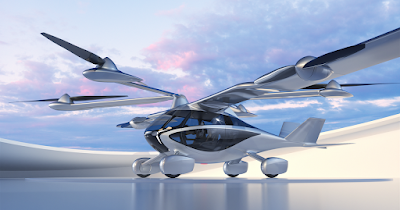 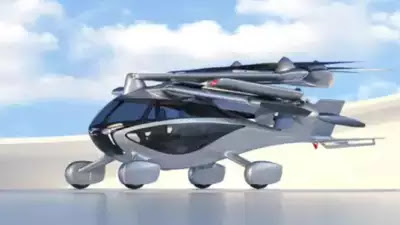 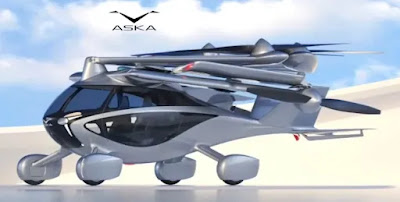 A hot new flying car is set to debut at this week's CES 2023 in Las Vegas.  Silicon Valley-based NFT/Aska, which is an US/Israeli startup, will unveil its eVTOL (all-electric, vertical takeoff and landing vehicle) that seats four and operates like a helicopter for takeoffs and landings, except it can also drive on the road. The wings fold back for driving, which transitions the flying car to the size of an SUV. This stunning new piece of travel technology is essentially an electric VTOL that is rolled into a car hybrid. This debut is a must see.

Aska is powered by an electric motor system with lithium-ion batteries that have a range extender.  Performance details include:

To transition from flying to driving, the company says the wing tilt and fold into the vehicle.  For flying, the vehicle deploys a pair of propellers for vertical takeoff and cruise flight with the wings deployed.  There are four other sets of vertical lift propellers on beams that go out and come back in as they are triggered to go to and from flight and drive.  This technology is the type of breakthrough that needs to be seen to be believed.  The chance to take a real look is at CES 2023 and I'll give you a perspective when it drops.

The company is first targeting clearance for highway driving certification at speeds up to 70 mph.  It expects that Aska will first be deployed for driving on local roads.  Aska claims that the flying car drives like a normal car and flies with a quadcopter design - a flying/driving combo vehicle rolled into one.