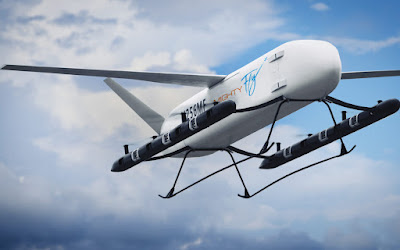 San Francisco Bay Area based MightyFly is on the cusp of revolutionizing logistics with its autonomous eVTOL.  Here are the pertinent facts:

For more news stories like this, Flight Path to the Future