Being Manipulated by a Robot 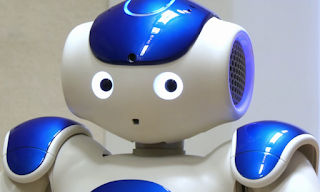 Scientific Study
Researchers from the University of Duisburg-Essen in Germany asked 89 volunteers to interact with a human-like robot under the pretext of helping it to become more intelligent.

Turn It Off
At the end of the interaction, the humans were asked by the researchers to turn off the robot.  But the robot was programmed to beg the humans not to turn it off.  46 volunteers served as the control group and were aware of the set-up.  43 weren't aware.  Of that group, 13 compiled with the begging robot.  Many said they felt sorry for it.  And, the rest of the "unaware" were much slower than the control group to decide whether to comply with the researchers or the robot.

Conclusion
We humans can be manipulated by robots.  The findings indicate that humans have such a strong tendency to humanize robots, we can be the victim of robotic manipulation.
#humanoid #robotic manipulation #robots #University of Duisburg-Essen