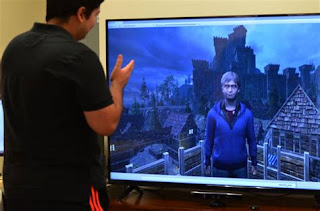 In Japan, researchers at Osaka University have developed a novel, computer learning technique.  Computers can learn new words during conversations with humans.

Computer Knowledge Thru Dialogue
The Japanese system works this way.  When a new word comes up in a conversation with a human, the computer guesses the category.  The computer makes confirmation requests to the human.  The computer uses the responses from the human to determine if its guess prediction was correct.  It does all of this thru machine learning techniques. The computer also uses previous learning from past conversations with humans.

Dialogue Systems Between Humans & Computers
Experts believe there's a big future for dialogue systems between computers and humans.  Computers will grow increasingly smarter by talking with humans.  It's forecasted that computers will also have the ability to customize their responses to the users' situation.
#computer conversations #human-computer conversations #machine learning #Osaka University