Possilble Cure for Malaria Out of India

- August 01, 2018
Researchers in India May Have Developed Medicine to Kill Malaria 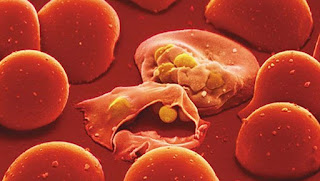 Hope for a Cure
It's one of the worst and deadliest scourges impacting mankind.  Malaria afflicts 212 million people globally every year and causes 4.29 million deaths.  Until now it has been an intractable human disease.  But now there is hope.

Breakthrough Medicine Now Going into Animal Trials
The medicine is very effective in killing the deadly malaria parasite, which triggers plasmodium falciparum infections in the body's red blood cells.  It's now going into animal testing.  Hopefully, the research done by these technologists and engineers at the University of Hyderabad will provide humanity a cure to this deadly, mosquito born infection.  Their initial results look very promising.
#engineering #malaria #nanomedicine #polymers #tech #University of Hyderabad