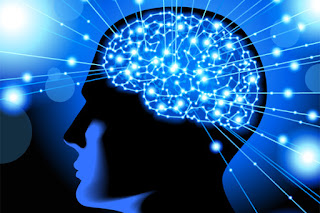 This is a bit of a brainstorm.  The breakthrough research is from the United States' National Institute of Standards and Technology.  Their scientists have developed a superconducting switch that learns like a biological system.  They call the switch a synapse like its brain counterpart. It's an artificial synapse that acts like a human brain.  It can process incoming electrical spikes to customize spiking output signals like the brain.

Switch on "Brain Computers"
This switch appears to be the missing piece for neuromorphic computing - computers that function like our brain.  The switch is small but powerful.  It's a tiny metallic cylinder 10 micrometers in diameter.

New Form of AI
This tech is envisioned by NIST scientists as a new form of artificial intelligence.  Computers enabled by this could increase decision-making and perception for cancer diagnosis and self-driving cars among many other uses.

Hyper Fast Computing Vs. Our Brains
The NIST synapse can fire up much faster than the human brain.  It can do 1 billion times per second compared to a brain cell at 50 times per second.  It also uses virtually no energy. According to lead physicist Mike Schneider, the new synapse could be used in neuromorphic computers made of superconducting components.  They'll be able to transmit electricity without resistance and be far more efficient than designs based on semiconductors or software..
#AI #computer science #computer&brain #computing #electricial engineering #NIST. #physics