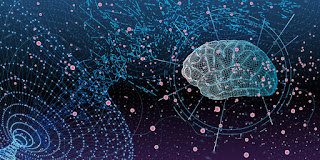 Accelerates Drug Development Process A new artificial intelligence system called ReLeASE has been developed by scientists at the University of North Carolina Chapel Hill.  It greatly lessens the time to design new drug molecules from scratch.  It could potentially release the floodgates for the development of new medicines.  A blockbuster drug typically takes $3 billion and 10 years to create.

Big Breakthrough
What's different about ReLeASE, according to the scientists, is its unique ability to create new molecules.  The algorithm can design new, "immediately patentable" medicine with optimal safety profiles and specific biological activity.  This should significantly shorten the time to bring new drug candidates into clinical trials.

Two Neural Networks Working Together
ReLeASE stands for Reinforcement Learning for Structural Evolution.  It's comprised of two neural networks.  The researchers think of them as student and teacher.  The teacher knows the vocabulary of chemical structures of 1.7 million biologically active molecules.  The student learns them over time and becomes better at picking molecules to be useful in new medicines.  The two work in tandem, finding, selecting and rejecting new medicines.

Powerful Innovation
This is a powerful innovation to virtual screening which is how pharma identifies viable drug candidates from known chemicals.  ReLeASE has the unique ability to create, select and reject new molecules to provide patient relief and save lives.
#AI #algorithms #drug development. #University of North Carolina #drug discovery #virtual pharma screening