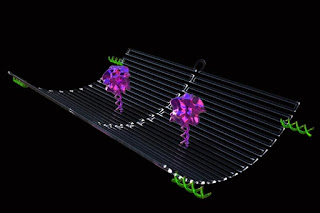 Medical Nanorobots Chinese and American scientists have successfully developed nanorobots using DNA origami that shrink cancer tumors by cutting off their blood supply.  The team includes scientists from Arizona State University and the National Center for Nanoscience and Technology of the Chinese Academy of Science.

Tiny But Effective Therapy
The nanorobots are composed of DNA origami which is 1000 times smaller than the width of a human hair.  DNA origami is expected to revolutionize medicine.  In this cancer breakthrough, a blood clotting enzyme is attached to the surface of the nanorobots.  In effect, this therapy cuts off the blood supply to the tumor, stopping its growth and leading to tumor tissue death.

Nanomedicine First
This is the first, fully autonomous DNA robotic system for targeted cancer therapy.  The nanorobots are programmed to attack cancer cells.  They did so within a few hours of injection.  In animal testing, it's proved effective on a range of cancers, including breast, melanoma, ovarian and lung.