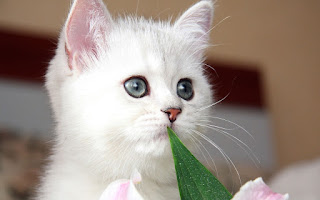 There's a tech breakthrough out of Case Western Reserve University that gives humans "cat-like hearing", which is much more acute than ours.   It's exciting because it could lead to the next generation of ultra low power communications and sensory devices.  Devices that are smaller, with greater detection and timing ranges.

Drumroll for the "Drumhead"
The Case Western team is developing the "Drumhead" device.  It's a trillion times smaller and 100,000 times thinner than the human eardrum. The device can transmit and receive signals across a radio frequency much greater than current human capacity. It's the start of conversations about new forms of communications.

Drumhead Results
The scientists are demonstrating that miniaturized, atomically-thin, electromechanical drumhead resonators can offer a remarkably broad & dynamic range of radio frequencies for humans.  These devices can receive and transmit signals across a radio frequency range far greater than what humans can now hear.

Cat Ear Nanotech
This is ongoing, developing research.  The vibrating nanoscale drumheads made by the Case Western team consist of atomic layers of semiconductor crystals with diameters of one micron. Their miniaturized drumhead resonators offer dramatic results. These advances could give humans the ability to hear like cats on next generation devices.
#case western university #cat hearing nanotech #drumhead #enhanced hearing #nanotech