Internet of Everything - In the Trillions 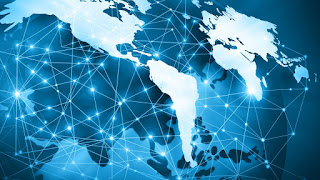 It's called the Internet of Everything (IoE).  Networked connections between people,  data, devices and processes.  A prediction from The Engineer, out of the UK, that within 7 years there will be more than 100 billion devices, each with a dozen sensors collecting data.  That's a trillion+ sensors accelerating at a speed beyond the imagination.  It's also $19 trillion in newly created economic value by 2025.

What Kind of World is That?
Mega connected.  It's a world of 8 billion hyper connected people.  Global connectivity will be at 1 MB/sec.  That's going to increase the number of connected people from 3 billion to 8 billion, creating for the world economy 5 billion more customers.

At the Epicenter - Exponential Information
It's called by some a future world of perfect knowledge.  A trillion+ sensors collecting data from satellite systems, autonomous cars, cameras, drones.  The potential is impowering us to know what's going on anywhere, anytime, anyplace.  It's a vision of the potential future of IoE.  Connectivity and information increasing at an exponential rate hopefully to the benefit of humanity.