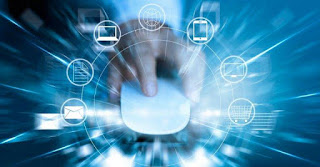 At the Hebrew University of Jerusalem, scientists have developed a technology that could enable computers and all optic devices to run 100 times faster.

Mega Fast Chips
They're called terahertz chips.  The scientists say this could fill "the THz gap" and create new and much more powerful wireless devices that transmit data at significantly higher speeds than currently possible. According to lead researcher Uriel Levy:  "In the world of hi-tech advances, this is game-changing technology."

Obstacles Overcome
Up to this point, there have been 2 major pitfalls that blocked the way to creating terahertz chips. One was overheating.  The other was scalability.  Uriel Levy and his team at Hebrew University seem to have overcome the key challenges.  They've published proof of concept documentation in the journal Laser & Photonics Review and are now developing it.

Israel's Silicon Valley
Using a metal-oxide-nitride-oxide silicon structure, the Hebrew University team have developed a new, integrated circuit that uses flash memory technology in microchips.  This has enabled the THz chip that will drive computers and all optic devices to much faster speeds.  It's optic technology that integrates the speed of optic (light) communications with the reliability of electronics.  It could be game-changing.
#Israeli innovation #optic communications #super fast chips #THz chips