Feel Younger than Your Age. That's Great For Your Brain 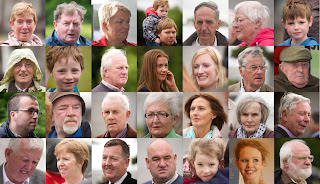 Younger than Your Years Each day we all get older.  But there are some people that don't feel their age.  Scientists have taken that seriously.  And MRI brain scans on elderly who feel younger than their years show fewer signs of brain aging compared with those who feel their age and older.

A Brain First
The research was conducted by South Korean neuroscientists and published in Frontiers in Aging Neuroscience.  It demonstrates the first link between subjective age - how old you feel - and brain aging.

Act Your Age
Aging isn't a fixed process.  Everyone is affected differently mentally and physically.  Then there's the emotional component and how old you feel.  Many feel older or younger than their actual years.  The questions are many but particularly why.  This is the first attempt to investigate brain aging processes as a possible reason for differences in subjective age.

Gray Matters
South Korean researchers did MRI's on 68 healthy people 59 to 84 years old.  Those who felt younger than their age showed increased gray matter volume in key brain areas.  They had the structural characteristics of a younger brain.

Lifestyle Changes
Longer term studies are needed to determine the aging process in the brain and the subjective sense of age.  An intriguing possibility is that those who feel younger lead a more physically and mentally active life.  That would suggest lifestyle changes for those who feel older than they are.  The question remains:  does attitude impact brain structure or does brain structure impact attitude toward age?