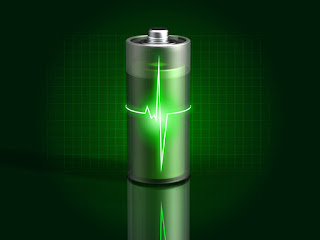 University of Illinois at Chicago scientists say they've cracked the code to make lithium air batteries a real option.  That includes powering popular devices like cellphones and laptops.  Its next G beyond lithium-ion batteries.  For battery experts, creation of lithium air batteries has been a tantalizing tech goal for many years.

"Revolutionary" Tech - 5 Times More Energy
The new batteries hold up to 5 times more energy than the lithium ion batteries that power our phones, electronics and electric vehicles. It works in a natural air environment bringing it very close to everyday use.  University of Illinois Asst. Professor Amin Salehi-Khojin, who leads the team, called it " a revolution in the battery community that's going to take the industry beyond lithium-ion batteries."  The team is now working on commercializing it.

Tech Works
The new battery works by combining lithium on the anode with oxygen from the air to produce lithium peroxide on the cathode during the discharge phase.  During the charging phase, the lithium peroxide breaks back down into lithium and oxygen.  To create this breakthrough battery, the team overcame many tech obstacles other scientists have faced and failed to overcome for years.
#battery tech #lithium air batteries #lithium ion batteries #University of Illinois at Chicago