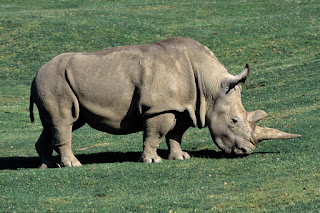 Through artificial insemination, a southern white rhino named Victoria is pregnant at the San Diego Zoo.  This pregnancy is a major triumph for a species tettering on extinction.  Researchers hope Victoria can save the northern white rhino sub-species.