Anti-matter, Why It Matters. Interstellar Travel 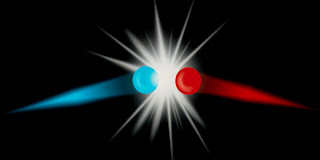 The theory goes back to 1933.  British physicist Paul Dirac won the Nobel Prize for his theory that every particle has an anti-particle.  For every electron with a - charge, there's an anti-electron with a + charge.

2018 CERN
CERN in Switzerland is one of the world's most respected scientific research centers.  Their physicists make anti-matter to study in experiments.  Their starting point is an Antiproton Decelerator  which slows the particles down and allows them to be investigated as anti-matter. They're looking at their biological effects.  They've created a beam of antimatter to study the Earth's gravitational acceleration.