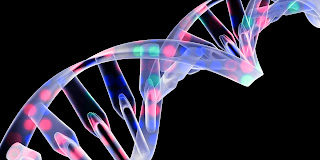 More than 25 million people have autism globally. 4 million in the US alone.  For them and their families comes hopeful news.  Researchers have just discovered that editing a gene in the brain can decrease the repetitive behavior, which is a symptom of autism spectrum disorders. This is believed to be the first time that a causal gene for autism in the brain was successfully edited and the disease's symptoms were diminished.  The diminished symptoms were permanent.

Nanoparticles at Work Like a Pair of Scissors on DNA

Researchers at the University of Texas in San Antonio are behind this breakthrough.  They used nanoparticle carriers to inject a gene editing enzyme into the striatum, a brain region associated with the formation of habits.

Enzymes are proteins that trigger biochemical reactions.  The  enzyme used by the team was Cas9. The researchers said Cas9 is like a pair of scissors which they used to cut the genetic blueprint DNA at the very point that causes the exaggerated repetitive behavior.

The team worked on a "mice model" with fragile X syndrome, which is an inherited cause of autism spectrum disorder. They targeted the Cas9 at a molecule that increases communications between neurons. The approach worked.  The rodents' digging behavior slowed down by 30% and their leaping behavior decreased by 70%.

Possible Treatment for Epilepsy and Cancer Too
Asst. Professor Hye Young Lee, who led the research, said:  "The approach can also be used to treat other diseases including many neurological diseases such as epilepsy and the brain cancer glioblastoma if we know the gene target."  Gene therapy on the cutting edge of medical innovation.
#autism #breakthru autism treatment #gene-editing #University of Texas