Nuclear Rockets Are The Fastest Way To Mars 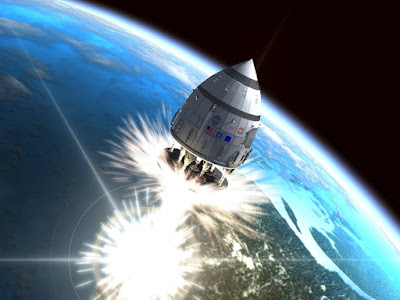 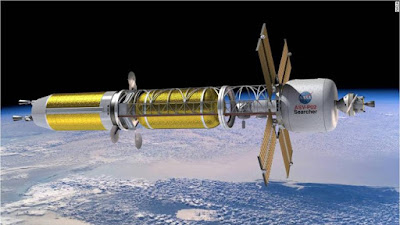 By 2035, NASA wants to land astronauts on Mars.  And NASA wants to get the astronauts to the Red Planet as quickly as possible to minimize exposure to space radiation and reduce travel risks.  To achieve that, the space agency wants the Mars mission launched on a nuclear powered space rocket.  It would reduce the travel time to Mars, which is 140 million miles from Earth, to three months instead of nine months on current rocket technology.  The total Mars mission would take less than 2 years instead of more than 3 years.

Seattle-based Ultra Safe Nuclear Technologies (USNC-Tech) is developing a nuclear thermal propulsion (NTP) rocket engine to do the job.  The company says the technology is more powerful and twice as efficient as current chemical rocket engines.  It has the capability to go farther and faster into deep space.

Here's how NTP system works. The system uses a nuclear reactor inside the rocket to generate heat from uranium fuel. The thermal energy heats a propellant that shoots out of the back of the rocket, generating thrust.  The thrust is twice that of a conventional rocket

Big Question:  Is It Safe?

One big concern is the exposure of the crew to radiation from the nuclear reactor.  USNC-Tech says the rocket design includes "a tremendously good radiation shield".  Also the uranium fuel that the company has developed provides a barrier for the astronauts.  It contains silicon carbide which is used in tank armor.  The company says it forms a gas tight barrier shielding the astronauts from radiation.

This new nuclear space rocket is under consideration by NASA.  No one has ever flown a nuclear thermal propulsion rocket yet.  Next steps would be further development and then eventual testing.