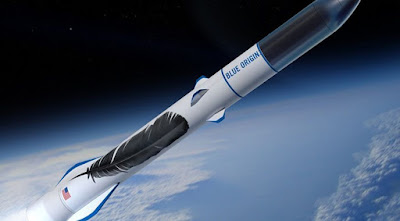 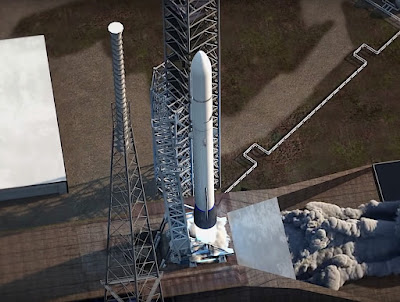 NASA has launched Blue Origin's New Shepherd suborbital vehicle dozens of times to fly payloads into space.  The New Glenn is an orbital launcher that can reuse its first stage booster rocket.  Blue Origin founder Jeff Bezos says he expects the vehicle will carry humans as well as cargo into space.

New Glenn is a two stage booster rocket vehicle.  The rocket's reusable first stage is designed to re-fly twenty-five times, after touching down in the ocean and being retrieved.  It can carry up to 14 tons to geostationary orbit and 50 tons to low Earth orbit.  The vehicle is 313 feet tall and twenty-three feet wide.  The width is unusually large and enables the vehicle to carry a variety of payloads.

This is another space accomplishment for Blue Origin, which hopes to be a major part of NASA's 2024 Artemis Mission that will bring astronauts to the Moon.  The New Glenn will take its first flight in 2021.