Roboats Loaded with Tech to Communicate and Connect 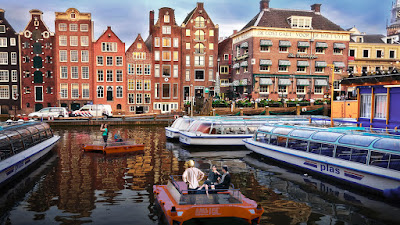 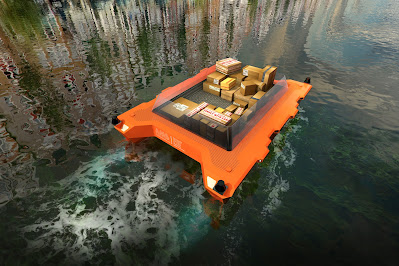 From the world famous MIT C-SAIL a team of engineers and roboticists created the Roboat, a robotic boat that uses the same autonomous self-driving technology for cars but adapted for the water. That adaptation was extremely innovative.  Roboat II has been under development for five years.  It is now large enough to carry passengers through the tricky canals in Amsterdam. It does so autonomously.  Importantly, the Roboats are capable of communicating and connecting with each other because of greatly advanced control algorithms and navigation systems.  That capability opens up new forms of transportation possibilities on water.

The Roboat has four propellers that enable it to move in any direction.  It contains GPS, Lidar and inertial sensors.  At the moment, it is six feet long and can carry two passengers.  But in Amsterdam, a Roboat III is under development that will be 13 feet long and capable of carrying 4 to 6 passengers.

There are a number of things impressive about this new, robotic technology.  It is intelligent enough to self-navigate the complex waterways of Amsterdam.   Also the roboats are modular and can self-assemble into a large fleet unit, led by a leader roboat.  That allows for many more uses including carrying commuters, doing deliveries and collecting waste.