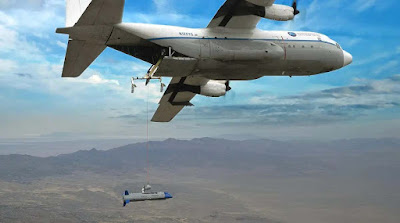 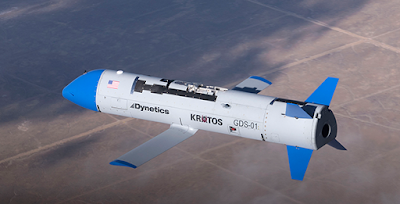 For the US Military and Multi-Purpose Missions

DARPA, the US Defense Department's Advanced Research Projects Agency, has a fascinating, highly advanced drone program underway to launch and catch airborne drones.  DARPA calls it the Gremlins program and it just completed the first flight test of its X-61A drone vehicle that is designed for airborne launch, free flight, swarming and then retrieval in the air, for re-use thereafter.

Drones Within Inches of Retrieval

What DARPA is striving for is the aerial recovery of multiple drones that are low cost and reusable, unmanned aerial systems or  GAV (Gremlin Aerial Vehicles). The test drones each flew two hours autonomously and successfully tested for all formation flying positions and for safety.  But, within "inches", they failed to lockup in flight for the catch by a retrieval system on a C-130 Hercules Cargo aircraft. So, DARPA now plans to do more capture test attempts in 2021.

The drones involved in the recent testing are not designed to land and parachuted safely to the ground for reuse.  The technology is within inches of success.  When the tech is perfected, the drones would be transported on many types of aircraft, stay out of range of the enemy and be safe, reliable and affordable for many missions.  They would be retrieved from the air and go back into use on missions within 24 hours.

DARPA is one of the greatest innovation engines in the world. It is the force behind the invention of the internet, cloud computing, eVTOLs, flying cars and so much more.  Its primary mission is to provide the US military with overwhelming technological advantages.  But, what it develops finds great application in the consumer market and the real world.  Undoubtedly, so will the launch and catch flying Gremlins program.

To take a free preview of journalist Edward Kane's just published book, "USA: THE INNOVATION SUPERSTAR", go to https://read.amazon.com/kp/embed?asin=B08R269FRV&preview=newtab&linkCode=kpe&ref_=cm_sw_r_kb_dp_wG83FbFJ9GYD3    I co-authored the book with Ed.